The Need for a New Maintenance Platform

Lockheed Martin is the original equipment manufacturer (OEM) for the C-130, a vital component of many global air fleets. In fact, the C-130 Hercules is the most versatile aircraft in aviation history, capable of landing at the world’s highest airstrip in the Himalayas, or taking off and landing on an aircraft carrier in the middle of the Atlantic Ocean.

Over 2,500 C-130 planes have been produced to date, with some 70 countries relying on them for search and rescue, peacekeeping missions, medical evacuations, scientific research, military operations, aerial refuelling, and humanitarian relief. So anything that might cause downtime or have implications for the C-130’s airworthiness would be an issue of global concern.

IoT technology is an integral part of the aircraft’s design. 600 sensors located throughout the C-130J produce 72,000 rows of data per flight hour -- information that critically includes fault codes on failing parts. 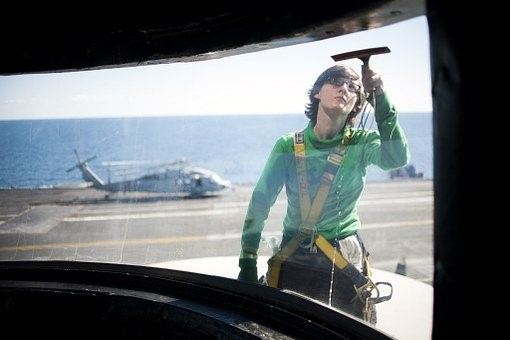 This IoT data streams from the aircraft to the facility that houses it, and was previously stored in a variety of separate systems. There was no central repository for the more than 400 C-130J aircraft operating in different countries around the world. So engineers at each location were effectively on their own, interpreting the data and performing maintenance operations based on their understanding of its implications. This often resulted in unnecessary maintenance, and multiple days of downtime while parts were shipped from faraway places.

Lockheed Finds a Solution Within the Problem Itself

A major breakthrough in solving the downtime and maintenance issues came when all C-130J Super Hercules operators agreed to start sharing their flight data. This presented Lockheed with the challenge of cleaning and sorting this deluge of information, which came in a variety of data formats, and initially required three employees to clean it each month. But the challenge was also an opportunity to seek out a robust analytics solution.

After a successful proof of concept, Lockheed Martin invested in the SAS Platform, a high-powered AI, business intelligence, and data management system capable of handling all the data and building predictive maintenance models.

As information streamed in from customers around the world, a team led by Mike Isbill, a Lockheed Martin Fellow of Data Analytics, began working on how to use C-130J flight data to profile individual parts, and predict when they might fail. This kind of insight could help customers proactively stock the right parts, and keep their aircraft operational for more life-saving missions.

The system currently uses data from C-130 customers, component vendors, and Lockheed Martin engineers to form a central repository on more than 300 aircraft parts. Machine learning and IoT analytics tools enable the system to learn from their collective maintenance history, and develop a real-time best practice for aircraft maintenance.

Lockheed Martin calls this service “intelligent diagnostics”. The company believes it has the potential to transform how customers understand and maintain their aircraft.

It’s already producing results. According to Mike Isbill, “With SAS, we’ve reduced data cleanup times by 95%, which has allowed us to spend more time on the actual analytics. With this solution suite and a very small team of data scientists, we have been able to quickly produce results that we believe will reduce downtime and cost for our customers. We’re now starting to work with our supply team to improve not only spares for existing customers but how we sell spares to new customers, and position parts throughout the world for faster distribution.”

Setting a Flight Path for the Future

What Lockheed Martin has been able to accomplish with its predictive analytics for maintenance project reflects a growing trend within government and the wider aviation industry.

In the US for example, a Pentagon innovation office formed to streamline government contracting has just expanded a predictive maintenance effort designed to keep front-line aircraft ready for duty. The Defence Innovation Unit (DIU) will provide an AI-based software application that uses machine learning algorithms to monitor aircraft systems. The platform will be looking to spot critical subsystem failures before they occur, and help predict the parts and maintenance required to keep aircraft flying. 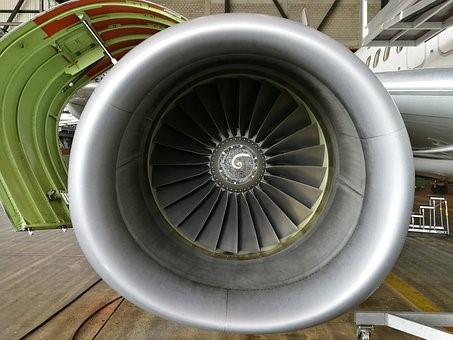 In the civil sector, Delta Airlines recently announced an expanded predictive maintenance application that will incorporate machine learning and data modelling. EasyJet is also adopting AI tools for predictive maintenance, on a platform that features intelligent software agents capable of representing every aircraft in the low cost carrier’s fleet.

Predictive maintenance is still in its early stages of development for commercial airlines. But with technological advances like those made by Lockheed Martin, IoT and AI-powered analytics tools should become more widely available, allowing intelligent maintenance for large-fleet commercial operators to become the norm.

Artificial intelligence, IoT, and predictive maintenance will be hot topics at Field Service Connect EU 2020, which takes place from 12 - 13 May, 2020, at De Vere Beaumont Estate, Windsor, UK. Paul Anastassi, Engineering and Technology Director, Lockheed Martin, will be one of the keynote speakers.

*Processing your payment may take a moment. Please click submit payment only once, and do not refresh this page. Doing so may result in your credit card being charged more than once.

We use cookies and similar technologies to recognize your visits and preferences, as well as to measure the effectiveness of campaigns and analyze traffic.
To learn more about cookies, including how to disable them, view our Cookie Policy